You are here: Home / Blog / Dividing IRA’s in divorce

While IRA’s appear similar on the surface, custodian requirements, taxation of allocations and withdrawals, non-deductible contributions, regular and ROTH IRA differences and contractual considerations for IRAs invested in annuities can result in unintended consequences and complications after a Property Partition has been filed with the courts.

Hoffman Divorce Strategies has been assisting attorneys since 1999 to prepare defensible property allocations without unintended consequences or complications, allowing attorneys to handle more cases and have happier clients.  We also work with clients after the divorce to ensure that the IRA allocation is completed with the custodian.

How much money is in IRA accounts?

While IRAs may be categorized as community property under Louisiana law, the bank, investment or insurance company acting as custodian will only respond to instructions from the spouse in whose name the account is titled (owner-spouse), to a subpoena for information or a court order dividing the account.

Some custodians allow an owner-spouse to name a non-spouse as the primary beneficiary of an IRA without the approval of the spouse whose name is not noted on the account (non-owner-spouse).  It is suggested not only to obtain copies of account statements but also confirm the current beneficiaries on the account.

Who pays the tax on any distributions from an IRA?

Community property rules determine who is entitled to an IRA after a divorce.  However, for federal tax purposes, the Supreme Court agreed with the IRS that IRAs are separate property, even if the funds in the account would otherwise be community property.  These distributions are taxable to the spouse whose name is on the IRA.  That spouse is also liable for any penalties and additional taxes on the distributions.  Michael Bunney and his wife divorced.  He withdrew funds from his IRA and gave the funds to his former wife as payment for her interest in their home.  Bunney claimed that, under community property law, half the IRA already belonged to his former wife.  Therefore, the distribution should not be taxable to him.  The Supreme Court disagreed as the distribution came from his IRA and held that the IRA owner named on the account pays the tax on a distribution.  Make sure that IRAs are transferred to the non-owner-spouse before any withdrawal is made.

Taxation of IRAs transferred to the non-owner-spouse

Section 408(d)(6) of the Internal Revenue Code (“Code”) addresses distributions of an IRA incident to a divorce or separation.  To accomplish a tax-free transfer, the distribution must be made pursuant to a divorce or separation instrument, defined in Code Section 71(b)(2) as a decree of divorce or separate maintenance or a written instrument incident to such a decree, a written separation agreement, or a decree requiring a spouse to make payments for the support or maintenance of the other spouse.  A property partition agreement or judgment that clearly specifies that the transfer of IRA funds is required as part of the property settlement and that it is intended to be tax-free under Code Section 408(d)(6) will ensure that the allocation of all or a portion of an IRA to the non-owner-spouse will allow the IRA to be transferred to a new IRA, in the non-owner-spouse’s name, without tax.  Nothing further is needed under the Code to accomplish a tax-free transfer of an IRA.

In spite of Code Section 408(d)(6), some financial institutions insist that a separate judgment be issued in order to divide an IRA.  These are Court Orders, sometimes referred to as “FAUXDROs”, but they are not QDRO’s.  While some institutions have a form that can be used as a starting point to prepare the Order, caution should be exercised in following the form without question.  In a recent case, an Order was prepared by an attorney following a TIAA CREF format, which required the award to be reinvested in an IRA with a surrender charge.  The recipient spouse, who is over 70 years old, was not pleased to discover that if he attempted to withdraw any funds for the next 10 years the award would be subject to a surrender charge.

What Our Clients are Saying 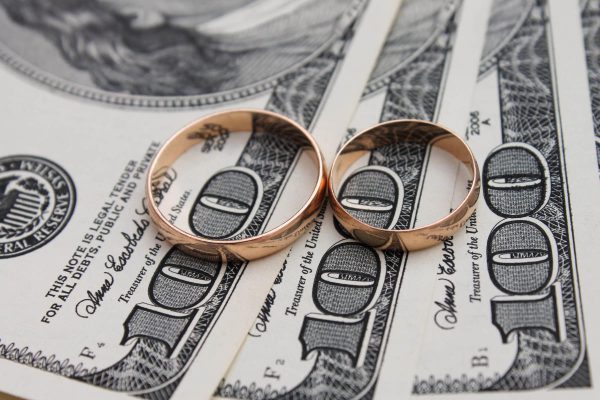 During a Divorce, Financial Education Matters

If you’ve decided to go through with a divorce, you might think it’s just a matter of signing some paperwork, moving out of the marital home and getting on with your life. While it would certainly be … END_OF_DOCUMENT_TOKEN_TO_BE_REPLACED

Hoffman Divorce Strategies professionals do not replace a client’s attorney and cannot give legal advice.

HDS can provide consultation or expert testimony and are trained in mediation and collaborative divorce.